Joan As Policewoman at The Phoenix, Exeter 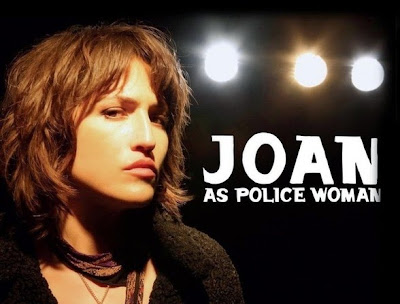 Joan Wasser’s As Policewoman guise hints at the deliberate donning of a stage costume which can allow her to play diverse parts, trying on different styles. At the Phoenix in Exeter last Friday, she came out dressed head to toe in black, seemingly signalling an intention to rock hard. This was surprising, given that her latest album, titled, with some chutzpah, The Classic, emphasises the soul elements which have always been an integral component of her music. The songs on the record explore a variety of styles, from silky Marvin Gaye seduction through Motown brio to delicious doo wop. In its evocation of New York streetcorner and subway singing, it brings to mind Laura Nyro’s similar acknowledgement and celebration of her musical roots on her 1971 album with Labelle, Gonna Take A Miracle (which shows how swiftly nostalgia can manifest itself). 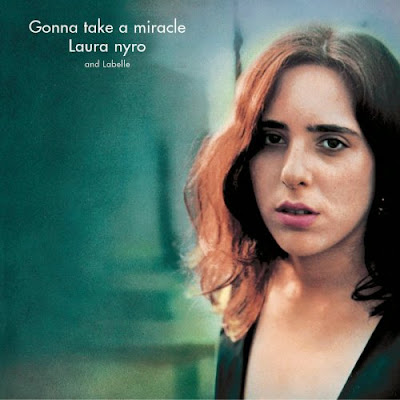 The Classic was unsurprisingly the focus of the evening’s material, with almost all of it gaining an airing. It’s obviously a record of which Joan is proud, and the songs were delivered with force, feeling and conviction. She was joined on stage by a trio who worked hard to reproduce the more fully populated sound of the record. Eric Lane used his MOOG to good effect, occasionally reaching down to pick up his tenor sax and add a burnish of brass harmony which a synth simply couldn’t emulate. That he did this while still holding down a chord on the keys with his other hand was quietly impressive without being in any way grandstanding. Joan herself demonstrated her multi-instrumental virtuosity, steeping from the shelter of her stage-side keyboard to strap on a guitar (so yes, she did rock) or play a keening violin. This latter drifted off into John Cale drone swells at one point, a diversion into old New York downtown territory.

Some songs in particular lent themselves to instrumental expansiveness. The loping groove of Good Together opened out into some intense guitar improvisation which could easily have exploded into freeform noise without seeming affected or out of place. The fact that such explorations took their place alongside more relaxed soul numbers shows how varied the musical palette was, and how versatile the musicians who painted with it. The hugely infectious single Holy City appeared very early in the set, one to immediately get the crowd going. It’s blend of the sacred and the carnal, with the wailing wall taking on whole new connotations, is both cheeky and wholly in keeping with soul traditions, in which the ecstasies of love and gospel revelation are not always wholly indivisible. Shame similarly uses religious imagery to denote its rejection of guilt, Joan singing ‘I’m tired of wearing a crown of thorns’, evidently intent on casting them aside along with the role of martyr. It could be the prequel to the signalling of readiness found in the joyful affirmation of Holy City’s gospel choruses. Shame’s call and response chorus recalls Motown and 60s girl groups, with their infectious invitations to join in with the repeated phrase. Elsewhere, on Get Direct, Joan gets smoochy in a Marvin Gaye style, moving into a breathy upper register to sing ‘let’s get experimental’, the last syllable stretched out with teasing delay.

The old torchy heartache and torment was still present too, thankfully. What Would You Do had dramatic electric piano chords descending to outline the song’s tempestuous emotional tenor. Why Don’t You Stay was all exposed hurt and Jacques Brel pleading, heartrending and vulnerable. New Year’s Day also showed that the Classic material has its introverted underside to contrast with the brassy soul celebration, the violin accompaniment at its most mournfully expressive. There were a few songs from the past. The fact that hey fitted seamlessly into the set demonstrated the continuity of Joan’s sound, belying the impression that the Classic is a complete departure, even if its emphasis might be a little different. On I Defy from the Real Life album, guitarist Matt Whyte and Parker Kindred took turns to demonstrate their highly passable Anthony Hegarty impressions, capturing something of the distinctive vibrato crooning he brought to the song on record. This was particularly incongruous in the case of Matt Whyte, whose long, neatly tied back pony tail made him look a bit like a member of Steely Dan in the 70s. Old favourite Christobel, meanwhile, was slowed right down, its anthemic thrust and yearning, name-calling chorus mired in sludge, giving it a dark, gothic cast. Christobel came to seem like a pale, vampiric Carmilla, or a cousin to the Damned’s Eloise. 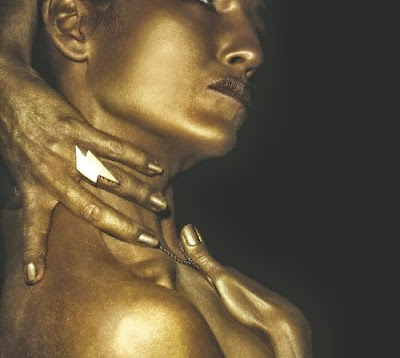 It all ended in the only way it really could. The musicians stepped away from their instruments and lined up at the front of the stage. Drummer Parker Kindred, sporting a peaked cap, suddenly seemed to take on a striking and wholly appropriate resemblance to Phil Spector. They cleared their throats and counted themselves into a swinging a cappella rendition of the doo wopping title track of the album The Classic, leaning sideways in and finger clicking along with supplicant arms in rhythmic unison. A statement of belief in the record’s merits, The Classic also provided a celebratory climax to a hugely enjoyable concert.