Asked to come up with a book from the library shelves I would recommend, I decided upon Kristin Hersh's wonderful novelistic memoir of the early days of Throwing Muses, her struggles with strange mental states, her passion for music and her friendship with Betty Hutton. I wrote a little too much for a 90 second youtube spot, but here's the whole lot: 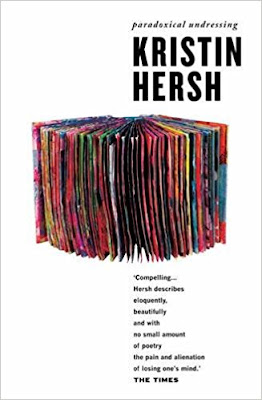 Kristin Hersh is a singer who first revealed her extraordinary songwriting talents in the group Throwing Muses, whose angular, splintered pop and glinting shards of lyrical poetry cut an artfully beguiling swathe across the late 80s and 90s. She also recorded a series of solo albums which spanned the dynamic range from hushed acoustic whisper to snarling guitar noise, gathering force for the full, fierce banshee howl of her hardcore trio 50 Foot Wave. Paradoxical Undressing was published in the US as Rat Girl with a cover by Gilbert Hernandez which seemed to bring Kristin into the universe of the Love and Rockets comics he created with his brother Jaime; She’d certainly fit in there. The book looks at the early days of her musical career. It’s no conventional rock autobiography, however. Drawing on a diary she began writing at the age of 18, this is the story of one year in the life of a character called Kristin Hersh. The title suggests a revealingly naked honesty, but also a portrayal from a distance. This was a traumatic time for Kristin, a period encompassing the ecstatic highs of musical transport and the lows of mental breakdown and hospitalisation. When she was a child she had a serious accident; she was knocked off her bicycle by a car and suffered significant head injuries. It was from this date that her mental health problems started. Rather than voices in her head, she heard songs; Urgent, wild and sometimes savage songs which needed to be released. She was misdiagnosed with schizophrenia, later adjusted, as with so many, to bipolar disorder. The self she writes about here is a person viewed from afar, a shadow skin shed along the way. It’s a recreation of a character, damaged but full of artistic fire and curiosity, finding her way in the world, possessed by the raging, chaotic music in her head and trying to find the right vessel with which to set it loose upon an unsuspecting public. ‘For what it’s worth’, she writes in the introduction, ‘this my old diary’s story, riddled with enormous holes and true’. 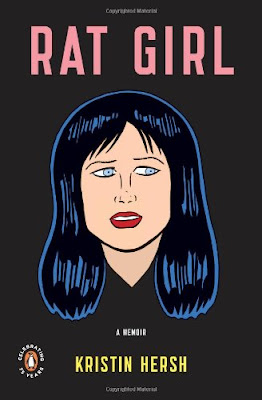 The book is also a story of an unlikely friendship; that between Kristin, attending college at a precocious age thanks to a hippie professor father known as The Dude, and Betty Hutton, a film star of the 40s and 50s, going back to study after the fading of her career; Krissy and Betty. Betty is a defiantly individual old lady with a penchant for blue cowboy boots and hats, and a love of life which defies the depredations of time. She shares her wayward wisdom with Kristin, and the dialogues between them are some of the highlights of the book. ‘Everything that wacky old Betty Hutton told me was true’ Kristin writes in the introduction and the book is dedicated to her, although sadly she died before its publication. Betty comes along to some of Kristin’s early Throwing Muses gigs, sometimes with a priest in tow and offers a wryly amusing outsider’s perspective on the sweaty, unglamorous and intense indie scene. She is like a wise grandmother in a modern folktale, helping Kristin grow into herself, to find a sense of purpose and remain true to it; to take some control over the chaos inside. She tells her, in the manner of a blessing, ‘it’s okay to be scared sweetheart. How’re you gonna give ‘em your heart if you don’t have one’. In the song Elizabeth June which she wrote about Betty, Kristin remotely replies, with the wisdom of experience, ‘and you were right it was okay to be scared’. 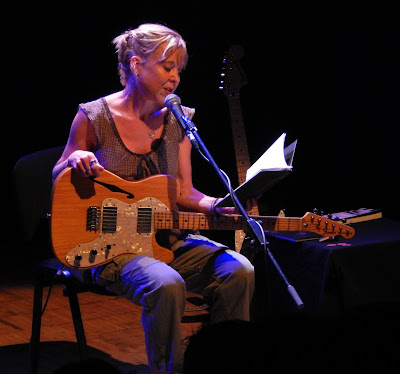 Kristin at the Phoenix

The two quotes which preface the book come from Dostoyevsky and Micky Dolenz, the joker of The Monkees. In tandem, they hint at the range of the book, its combination of seriousness and play. And Mickey’s quote, ‘the universe is godding’, is as gnomically profound as the words of the great Russian novelist. The pairing also points to the fact that this is as much novel as it is musical memoir. It is impressionistic, elliptical, funny, honest and poetic. The narrative is nonlinear, moving in and out of moments and encounters with a fluidity which expresses the intensity of these formative youthful days. Fragments of song lyrics are interpolated throughout, taken from the full expanse of Kristin’s songwriting career, offering parenthetical comment on the passages they footnote. ‘Songs don’t commit to linear time’, she explains. ‘songs’re weird: they tell the future and they tell the past, but they can’t seem to tell the difference’. This lyrical trail also points to the way in which the raw material of life is forged and honed into the transformed, universal matter of art. Music is seen as pure expression throughout, something which transcends the grubby, deceitful disappointment of everyday life. It is a holy calling and Kristin is on a mission, no matter the damage she might sustain as a result of its pursuit. But with this book she finds another means of expression. Her prose is beautifully balanced, its style even and carefully judged, her language poetic without ever becoming precious. There is a cool and humorous feel to her writing, and she maintains a wide-eyed distance from what at times are catastrophic personal breakdowns. She writes about mental illness with direct immediacy; there’s no attempt at analysis or clinical insight. This is an attempt to convey how it feels, a close-up and intimate mapping of the inner landscape of a mind in terrible turmoil. It is at times astonishingly powerful and brings with it a huge empathic charge. I can only think of Virginia Woolf as a comparative writer who brings her own suffering to bear on the portrayal of chaotic mental states with such searing insight. 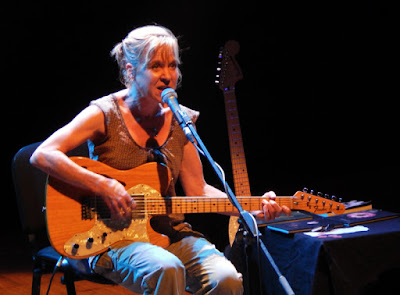 Kristin is a great observer too. She writes perceptively about the details of everyday life and her evocations of the world around her are acute, vivid and full of an open and enquiring wonder at the beauty of life. Ultimately, what I get from this book is a sense of optimism and an enduring commitment to both art and life, which are seen as inextricably linked. Kristin takes her protagonist, herself, through some dark experiences, but she never loses her love of life, her wonder at its crazy, wild beauty. At the end, she is expecting her first child. Her latest album, Wyatt at the Coyote Palace makes reference to another of her children. Like all of her recent albums, the music on the CD is contained within a book. Kristin continues to combine the arts of songwriting and prose to hugely rewarding effect. I saw her at the Phoenix last year, her songs interspersed with readings. It was a stunning gig, bewitching, entrancing and communicating with typical intensity and directness. ‘I absolutely did not invent this’ she writes at the end of the book, before leaving us with a lyrical fragment from the song Cartoons: ‘I wasn’t staring. I was just looking far away, dazzled by something I forgot’. So, this is an act of remembrance and invention. Which doesn’t mean it’s not all true. Paradoxical Undressing. 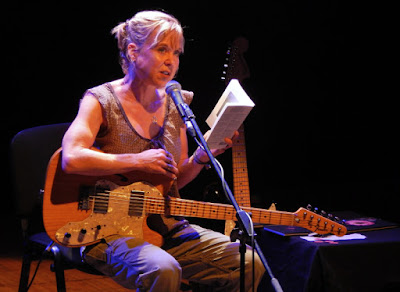